Filing a patent in israel via an accelerated process

Home » Filing a patent in israel via an accelerated process

Is the Israeli Patent Office en route to a revolution?

Ten years ago the world’s patent system was in the midst of a considerable crisis – an unprecedented backlog of pending applications had threatened to collapse the system. The waiting periods for the start of examinations ran between two to five years, and even longer. In a world in which technology develops and evolves at a breathtaking pace, the number of new applications was and is continuously growing, and the prolonged waiting periods threatened many patents of becoming obsolete due to the short shelf life of the products which they designed to protect, and the difficulty of preventing patent infringements prior to registration.

In the middle of the first decade of this century, the United States and Japan began experimenting with the PPH (Patent Prosecution Highway) system, which is designed to shorten the waiting periods on patent applications. The main thought behind the developing system was that when the same patent is examined in several countries, it undergoes a process that essentially repeats itself in each of the respective countries. As such, if a first country has already examined the application, and, a bilateral agreement has been reached between the first country and a second country, in order to save time, the agreement allowed the examiner of the second country to rely on the first country’s examination. Another critical aspect of the PPH system is that in the second country the application being examined circumvents the long waiting period and the prosecution of the examination of the application is automatically accelerated. The accelerated examination is supposed to shorten the waiting period down to a few months.
Israel entered the above circle of agreements by signing a PPH agreement with the United States, which went into effect on July 1st, 2010. Following the latter, Israel signed similar agreements with several other countries and Patent authorities including Japan, Canada, China, and the European Patent Organization. Israel was also one of 17 nations / authorities that signed the first global agreement (GPPH). The above lead the ILPO Commissioner for patents to the filing of an accelerated first application in Israel (subject to paying an official fee) based on a declaration by the applicant declaring that he intends to use the Israeli application as a Priority application.

The advantages of filing a patent in Israel

Other countries offer accelerated examinations, but in most countries the process is expensive and maladroit. In the United States, for example, it is possible to request an accelerated exam with every new application but the process is fraught with a considerably high official fees in comparison to Israel. Furthermore, though initially the waiting period for a first examination report was short, nowadays the waiting period in the United States often exceeds six months.
“Under these circumstances,” says Patent Attorney Itzik Katz, a former entrepreneur and Patent expert who heads the professional team at Katz, Presenti & Co., “the option of filing in Israel first has become more and more attractive.” Katz, Presenti & Co. has been marketing the “Israeli option” to clients worldwide, especially to clients in the United States, based on the obvious advantages, namely, low official fees and a quicker round of examinations.”
Katz, Presenti & Co. efforts have paid off when on February 23rd, 2016, an American applicant filed a first application in Israel, accompanied by a request for an accelerated exam based on the Patent Registrar’s notice of November 28th, 2010. This foreign applicant was the first to file a first application in Israel rather than in their home country. Let us hope that the above application is merely the first of many applications filed by those who decide to take advantage of the opportunities made possible by the ILPO and its staff. Let us hope that Israel shall become a popular first stop for creative and inventive people from throughout the world as they pursue their International IP goals. 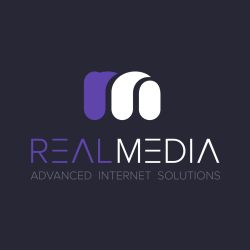